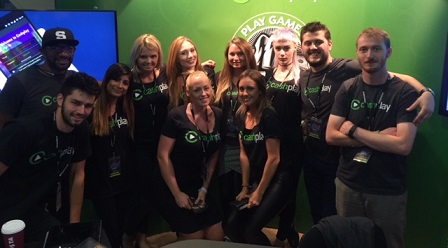 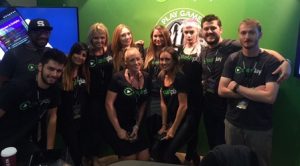 British gaming festival Insomnia is moving on up the road, as it relocates future events from Coventry’s Ricoh Arena to the National Exhibition Centre (NEC) in Birmingham. The move comes as demand and attendance for the home-grown game, which merges elements of LAN parties, sports and a convention has exceeded the capacity of its current home, making it one of the country’s biggest gaming showcases.

More than 36,000 gamers attended the most recent event, Insomnia55. The event, which gets its name from the non-stop gaming sessions it runs over the course of each four day festival, has signed a multi-year deal with NEC, the UK’s biggest expo space. Three festivals will take place there each year until 2018.

Insomnia had grown significantly since its inception 16 years ago. Founded by Craig Fletcher in 1999, what was once “merely” a sizable LAN party is now a thrice-annual celebration of all things PC gaming. “For many years, there were no exhibitors, it was just a LAN party, that had tournaments,” Fletcher tells WIRED.co.uk “We didn’t even have a way to watch our tournament finals, so it’s come a long way”

Asked by the event is staying in the Midlands, rather than making a predictable move to London. Fletcher says the location is ideal. “It’s very central to the UK, so it’s got a huge population [base]. You tend to find events in London, inside the M25, tend to be different to events at places like the Ricoh or NEC. In terms of attendance, London shows tend to attract predominantly London consumers, because they will just jump on the tube, whereas, you get a much wider catchment area for something base in the Midlands.” 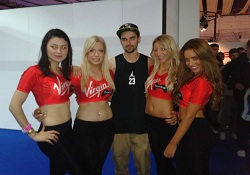 The NEC is also situated direct on a major train line, an airport and multiple motorway connections, so it’s easy to get to from London, or even internationally.

Walking around the most recent event, it’s clear the presence of exports has grown significantly. Insomnia now plays host to tournaments for games such as Mortal Kombat, Hearthstone and League of Legends, and smaller friendly competitions for the likes of Rocket League.

A greater focus on streaming those championships will also result as part of the move. “I think we will be focusing more on – for the top tier of our tournaments – going ‘right, What do we believe that we have got the best chance of getting the most views, so we can get more people to see our content, more people exposed to the show;” Fletcher says. “That will start to have an impact, picking the top games.”

There are also plans to fill the NEC’s Genting Arena – capacity 16,000 – with an e-sports event, though further details are being kept secret for now. Fletcher is also open about wanting to set a record for the world’s biggest pub quiz at a future Insomnia.
There is also a moderate but growing cosplay focus, both regarding attendees decked out as their favourite characters, and in booths recruiting for cosplay groups and offering advice on armor making or corsetry. Minecraft is everywhere, proof positive of its status and the cultural phenomenon, while there are considerable queues to meet celebrity gaming You Tubers such as the Yogscast crew.

Table-top gaming is also a growing focus, with an entire convention hall-sized tent given over to the distinctly non-digital gaming form. Many are set up so newcomers can try their hand. Fancy conquering the Caribbean in Black Fleet, fighting as the Marvel superheroes in Legendary, or getting a look at the rebooted Warhammer fantasy game, Age of Sigmar? All and more are available.

About the only thing not on show to any relevant degree are console games, beyond mid-floor booths from Nintendo and Microsoft, and a smattering of retro curiosities sharing floor space in the table top tent. However, that’s set to change as Insomnia moves to the NEC.

We are based close to the NEC and have more than 1,000 promo, exhibition staff, sales, tech savy and logistics staff available for this event. If you would like to find our more or just simply get a quotation then give us a call or complete the form below.

NEC Events in August 2016 As always summertime is a very busy time for events, lots of things going on all over the country for...read more →

Giveaways at Exhibitions – What works best!

Giveaways at Exhibitions – What works best! How can you guarantee that your company name stays visible to business prospects long after an exhibition at...read more →
© Copyright 2017 NEC Exhibition Staff | Privacy Policy | Site by WebsitesCo